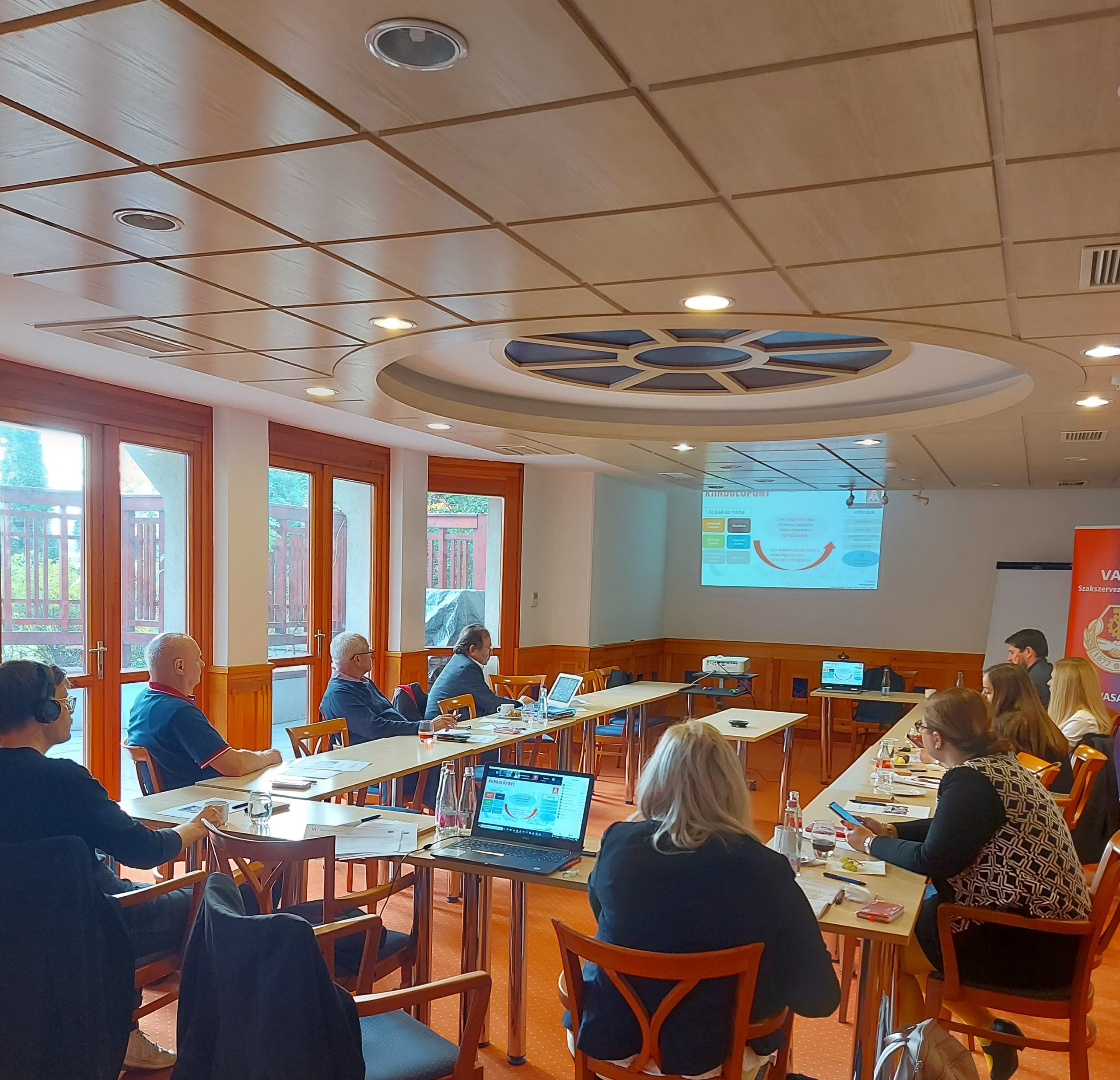 Working together for the benefit of all

Budapest, 27/10/2021 – Trade unions, employer organizations and representatives of local government came together to discuss the effects of digitalization on the world of work. They discussed how to work together to deal with the challenges and identify the opportunities in order to draft strategies from which companies and employees can all benefit. The meeting was organized around the so called ‘European social partners’ framework agreement on digitalisation’, and by the Hungarian Metalworkers’ Union VASAS, as part of the European co-funded project WorkTransitionCEE in which VASAS is a beneficiary.

The Framework Agreement on Digitalization describes why can and how should social partners cooperate by mapping, planning and draft out strategies and action plans to find an optimal solution on the effects of digitalization on manufacturing industries and on the world of work in general. Not just on company, but sectoral and national level too.

Trade unions from different sectors, metalworking, mining, chemical, retail and from national and international federations, employers’ organizations, and Budapest local government’s representative with responsibilities related to social dialogue discussed for a day the challenges of digital transformation to find out how to make it a just transition for the benefit of all.

Discussing the framework agreement, participants agreed that building trust and to find common interests are the starting points and from that they can move on to openly look for and mapping digital skills, companies and employees already need and will need in the future. At the seminar, they already started to develop strategies, how is it possible to ensure trainings and re-trainings for employees and how to deal with hot topics, like connecting and disconnecting dealt with.

From Balázs Bábel, vice-president of VASAS, participants learned about what strategies Hungarian companies, unions and state have already developed to deal with the effects of digitalization on the automotive sector, which gives the opportunity to compare these with the coherent and detailed strategies proposed by the European social partners’ Framework Agreement. They could also listen from Nikoletta Kiss, representative of retail sector union KASZ, how they are preparing for digitalization, as studies stating the retail sector is the second most effected sector by the transformation of work. At the end of the day, Jochen Schroth, the head of the international department of the German trade union IG Metall, told participants the details, how they are cooperating with employers to deal with transformation. This was especially useful information, as German companies are having a great presence in Hungary.

The seminar aim was to involve stakeholders’ idea into the project WorkTransitionCEE, a project co-financed by the European Union, which brings together six representative social partners from Central and Eastern Europe, Concordia (RO), NBS (RO), MGYOSZ / BusinessHungary (HU), VASAS (HU), RUZ (SK), NKOS (SK)) to study in detail the risks, challenges and opportunities for the labor market in context of the forth industrial revolution. WorkTransitionCEE aims to empower the social partners in Romania, Hungary and Slovakia to play a more important role in the transition to the new world of work and to strengthen the European social dialogue for the implementation of the Autonomous Framework Agreement on digitization.