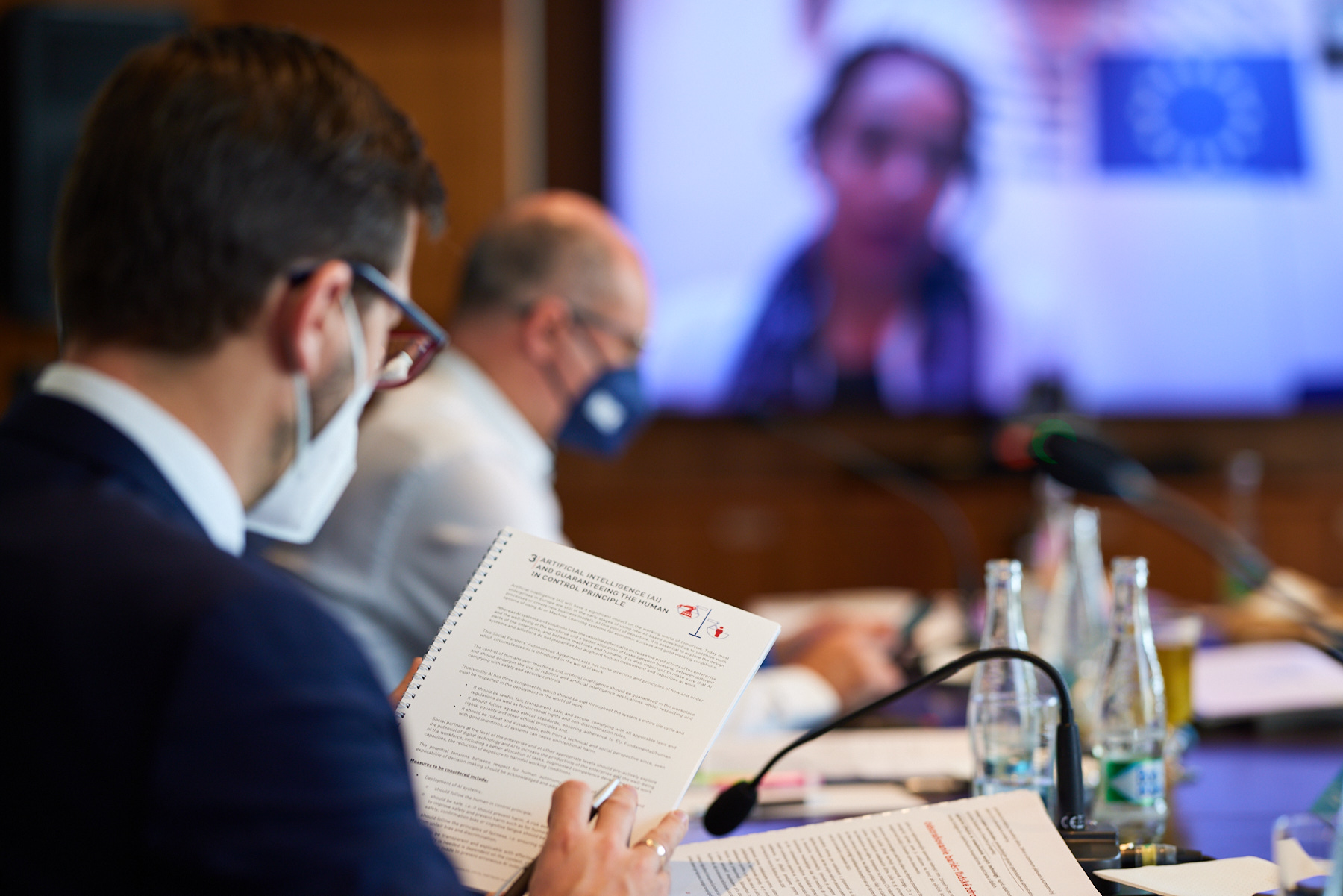 Slovakia is once again an outsider in digitisation. The social partners discussed how to remedy this situation

How to make a digital outsider a leader and ensure Slovakia’s long-term digital competitiveness? And what are the real possibilities for fulfilling the Framework Agreement of the European Social Partners on digitisation? Is the implementation even real in current Slovak conditions? Representatives of Slovak Trade unions and Employers, together with representatives of the government and member of the European Parliament, sought answers to these questions. Their common goal is clear: to catch up, to correct the rests of the past and to finally get Slovakia into the modern and digital 21st century. The World Digital Competitiveness Ranking (IMD) assesses preparedness and digital progress in 63 countries. Slovakia ranked on its tail last year – just as it did in 2018, occupied 50th place. The results show that our country is a digital outsider not only within the V4 countries, but also pulls at the shorter end compared to Romania, Bulgaria or Slovenia. “Slovakia’s reserves in the field of digitisation are undeniable. However, compared to last year, our country has improved in the rankings, so is investment in telecommunications. On the positive side, the Slovak economy has several strengths to build on. Today, therefore, we discussed concrete possibilities and methods that benefit employees, employers and the long-term sustainable digital competitiveness of Slovakia,” warns ľubica Černá, President of the Independent Christian Trade Unions of Slovakia (NKOS).

The level of digitisation in Slovakia is growing more slowly than in the rest of the European Union (EU). Our country has considerable reserves not only in the area of digital education and training, but also lags behind competitors in future preparedness and related digital challenges. Micro, small and medium-term entrepreneurs do not have sufficient resources to invest in digital transformation, which reduces labour productivity and leads to the strengthening of foreign competition at the expense of Slovakia. “In order to become a strong and competitive country, we need to start adopting systemic changes and investing financial resources effectively as soon as possible, not only directly in the ICT segment, but also in industry technologies 4.0, eCommerce and public sector digitisation. The Recovery and Resilience Plan, which must be used strategically together with EU funds, can also help us significantly,” said KDH MEP Miriam Lexmann.

Massive brain drains, lack of skilled workers and specialists, outdated regulatory and labour legislation, set up education system not reflecting labour market needs – these are the main problems faced by Slovak companies, not only those in the ICT segment. “Regulations and legislation in its current form in practice prevent the maximum use of modern technologies, thus significantly limiting Slovakia’s progress in digitization. Slovakia has several pro-digital strategies but they are not applied in practice and, for example, the shortage of IT specialists is deepening. Current labour legislation is inflexible and the state does not prepare it for labour market requirements during and after the digital transformation,” explains Mário Lelovský, 1st Vice President of the National Union of Employers (NUE) and of the IT Association of Slovakia (ITAS). In this context, employers, and associations in the NUE, draw particular attention to the need to change the Labour Code, to reform the education and tax-levy system and to improve the conditions for public procurement. All the social partners involved agree that cooperation with the state and the willingness of the state and politicians to implement the necessary changes are crucial.

Digital transformation and its impacts pose a challenge not only for Slovakia, but also for the rest of the world. One recipe for how to manage this successfully does not exist, so it is necessary to share and be inspired by good practices from other countries, be it national policies or the adoption of concrete measures. The speed, size and dynamic of incoming changes will become more frequent, so managing them will require active and systematic cooperation of all components of society. The specialist of the Confederation of Trade Unions of the Slovak Republic (KOZ SR) Mária Svoreňová therefore welcomes the idea of creating a joint working group in this regard. “Today’s discussion was really interesting and stimulating. I consider the creation of a working group to cooperate and communicate on a regular basis as a good prospect for future cooperation,” she adds.

The discussion was organized under the auspices of the Independent Christian Trade Unions of Slovakia (NKOS) as part of the project “Renewed social dialogue for the new world of work. Job transitions & digitalisation in two industrial sectors in CEE countries – Romania, Hungary, Slovakia, #WorkTransitionCEE”. More information on worktransition.eu/.